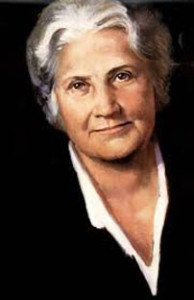 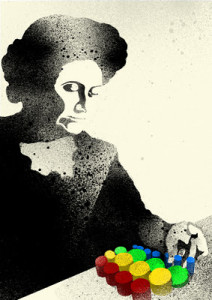 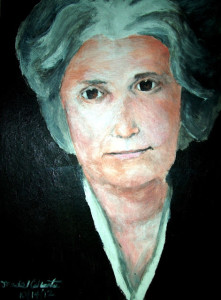 In 1870, Maria Montessori was born into a well-educated middle class family in Italy. Despite the conservative values about women’s roles in society at the time, she enrolled in a boy’s technical institute when she was 14. There she studied her preferred subjects, math and science. She developed a keen interest in biology and, ignoring her father’s protests, she began medical school at 18.

She graduated as Italy’s first female doctor in 1896.Montessori specialized in pediatrics and psychiatry. She treated many poor children in free clinics and was amazed to see that they shared the same intelligence as middle- and upper-class children. Montessori became the director of a school for developmentally disabled children in 1900. She began to develop her method of instruction and her famous manipulatives, which she tested through hands-on scientific observation of students at the school. She filled her classrooms with materials and observed the children’s interactions with them; she also removed the items the children ignored and tried to improve upon those the students liked.

She discovered that the key to education was to follow the child, and provide him or her with the optimum educational environment. She had remarkable success, which gave her a keen desire to test her teaching methods on “normal” children. In 1907, the Italian government gave her the chance by having her found a school, which she called Casa dei Bambini (Children’s House), in the slums of Rome. It was a great success; the children thrived.Ever the scientist, Montessori documented all her work. She published pamphlets and books and went on lecture tours in Europe and the U.S. She even attended the Panama Pacific Exposition in San Francisco in 1915. A classroom was set up and for four months people watched through a glass wall a group of 21 children, new to the Montessori Method, thrive in her prepared environment.

Montessori won both of the gold medals awarded for education. Within ten years, there would be over a thousand Montessori schools in the U.S.Montessori continued her educational research, her writings and lecture tours during the 1920s and early 1930s but the political climate in Europe forced her to leave for India. Fascist governments could not reconcile her emphasis on peaceful human interaction, and her schools were banned in Italy, Spain and Germany where her effigy was burned.

In India, she introduced her teaching methods and trained teachers to carry on her legacy. She continued her research into education and worked on her elementary curriculum which she called a Cosmic Education. She also wrote and published her Education for Peacewhile living in India. She was nominated but did not win the Nobel Peace Prize in 1949, 1950 and 1951.

Montessori spent her final years in the Netherlands. She died in 1952. Politics and the Second World War did much to harm the Montessori movement from the 1930s to the 1950s. But there was a European and American revival in the decade after. Today, her methods have been passed to tens of thousands of teachers worldwide benefiting millions of children and ultimately the future of humanity.